A few weeks leading up to the race I took time to put in a few night time run sessions on the mountain bike trails of River Legacy Park. The goal was to try and get accustomed to running with a head lamp. While training I noticed that having a head lamp on wasn’t the only thing I had to adjust to. There was also depth perception of the trail. There were several times on this non technical trail I had missteps. I spoke with a few trail running friends, and a hand held light was also recommended. I ended up purchasing one the week before the event.

This was a cup free event, meaning there were not going to have any cups at the aid station. Runners would have to carry their own bottles if they wanted fluids. The day before the race the 7 p.m. DFW temperature hovered around 99 degrees.  This had me concerned about running out of fluids. I planned on carrying a handheld which would contain enough liquid nutrition for a 3 ½ hour run. I didn’t want to mess with my nutrition bottle, so as suggested by a friend I ended up carrying a plastic icing decorating bag. It was triangle shape which made it easy to drink out of, and I could quickly roll it up and carry it with me to the next aid station.

I drove into the race site the day of the race. I picked up my race packet , and listened to the pre race meeting. The race director stated that if we found ourselves ducking limbs we were pretty much off course. He also mentioned that last year’s winner was running the 60k again. I was glad he was there, because at least I knew that one person knew the route.

Before the start of the race I ran across a fellow trail runner wearing huaraches, a sandal some use for trail running. For those who do not know what a huarache is, it literally is a sandal. There is no protection other than the thin piece of leather between your foot and the ground. I spent a few minutes talking to this person about his training with the shoe. Before leaving the conversation I asked him if he was going to race in them. He said he was faster in a normal shoe, and would probably use them for the 60k race.

The race was scheduled to start at 7 p.m. and we had until 7 a.m., a 12 hour window to finish the course. The 60k consisted of a two 30k loop route, with 4 aid stations. On the second loop there were designated cut of times to insure all participants were off the course by 7 a.m. I approached this race as a training run, and my plan for this race was to try to run the first loop with the front runners. I was hoping I could stick with them to allow me to get to know the trail before it got dark. After the first loop I figured I would slow down. I wasn’t sure how my legs would hold up or if I would be able to keep moving for the duration of the 60k. Prior to the 60k my longest run was a 50k so I was going to test limits at this race.

I toed the starting line with a bunch of strangers. I felt a bit out of my element, and had no idea what lied ahead.  As the gun went off I found myself jogging with the front group of 8 or so runners. The first segment of the race was a gradual uphill climb. It was a mix of single track and non single track trail. There were rocks through most of the first segment and that would not change for the duration of the race. The first three miles made me think, and honestly made me worry about the night time portion of the run.

I had a hard time finding my footing as I constantly had to step on, over or avoid rocks. The rocks were not always in sight either. There were sections where the grass was laid over the rocks that made it next to impossible to plan your next step. A couple guys in the lead pack had a couple of toe grabbers. I was surprised that I made it to the first aid station without one. I knew I would have several before the race was done.

As the race progressed over the next several miles the pace was a bit quicker than I had anticipated. My legs felt really good and I was enjoying the run. Around mile 9 I was still hanging with the lead pack. We were on a flat non single track section running two wide. Casual conversation was going on in the between a couple runners. They were discussing 100 mile events they had done and were going to do. I looked down at my Garmin, and found we were running the section at a 6 minute pace. At that point I knew I was in the company of some very strong athletes. They were pushing/carrying me through this segment of the run.

I could tell that my trail running skills were nowhere close to the three other guys I was running with. They made running over the rocks and technical terrain look very smooth and easy. I truly was in awe to see them float over the treacherous terrain. Just like all other runners the experience guys also had had their missteps. On one section last year’s winner went down in front of me and rolled. He picked himself up and I grabbed his water bottle that went in the opposite direction. I asked if he was okay and he said he was fine.

At about mile 15 one of the runners in the lead group decided to start pushing pace on a very rocky downhill section.  It was the huarache runner, only he wasn’t wearing huaraches. He decided to go with a very minimums New Balance shoe. Last year’s winner also decided to push a bit. At about this time it started to get dark. I pulled my headlamp out of a pack I wore around my waist and put it on my head.

Up until this point I had maybe one to two small toe grabbers which did not cause me to go down, just trip up a bit. As the dark rolled in and the head light came on my race quickly changed. I notice my run naturally slowed down. At this point of the race it wasn’t because I was fatigued, but more so because of my body’s natural tendency to be cautious.

The only way I can explain this is to imagine walking into the front door of your house. You flip the lights on and you walk through the room without any hesitation. You’ve done this many times over.  You know exactly where furniture and other items are in the room.  Now if you walked through your front door with your room light off, even with knowing the exact placement of everything in your room, your mind naturally slows your body down as a precaution. These guys did not have that fear as they ran through the night.

As I completed the first loop I was sitting in 3rd place, and was 15 minutes ahead of my goal pace. I was having a great time, and was looking forward to the 2nd loop. The two guys in front of me were maybe ½ mile ahead. I knew my pace would slow down on the second lap, but I figured that would be the case of everyone else in the race.

Making my way through the second loop I was passed by two runners. They went by me looking smooth as silk. They glided over the rocky terrain throwing caution to the wind, running like it was day time. As awesome as they looked running past me, at the same time it made me sick to my stomach as it frustrated me. I knew they were on a whole other level of trail running and that skill would take some time to learn.

The second loop for me was a beat down. I had countless toe grabbers, and with maybe 5 miles left in the race I finally went down for the first time. Thankfully it wasn’t bad. I was able to brush off and pick up where I left off. The toe grabbers were taking their toll on my legs and feet. I could feel the blisters on my toes, and my hamstrings were fatigued.

I made my way through the last aid station. I knew it was all downhill from there. I was sitting in 5th place, and I had a solid chance of holding on if I could keep the toe grabbing count down. I made sure I took a few extra moments to drench my head with water, and top off my hand held for the final haul. I was moving and feeling good, I was ready to cross that finish line. As my luck would have it I had one more toe grabber, and that one did my left hamstring in.

I ended up cramping, and that forced me to stop and stretch my hamstring. After cramping once the chances of cramping again for me increase. At this point there wasn’t much I could do. I was taking in fluids, and extra salt wasn’t going to help. The cramp wasn’t caused by dehydration. It more so the combination of muscle fatigue caused by the sudden jolts of stomping my feet on rocks. With less than a couple miles to go I was just going to have to suck it up, and finish.

The last mile seemed like 5 miles. I was mentally ready to get to that last flat ¼ mile stretch of road. I made my way through the thick of the night and as I ran out of fluids I finally reached the last ¼ mile segment. It was a dirt road with no elevation change. I was still sitting in 5th place and at this point had every intention of holding onto it. It was on me to keep the position. I made a final push and thought if anyone caught me and passed me now they deserved the placing. 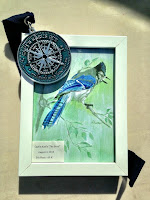 In the end I reached the finish line in 6 hours and 9 minutes. I successfully completed my first 60k trail run, and held onto 5th place. Overall I was satisfied with how the race played out. I felt I walked away more experienced and better prepared for my next trail run adventure.

I have to give props to the race director and his crew. I was impressed with the organization and support of the event. The aid stations and the aid of the park rangers were outstanding. They were stationed at every road crossing to make sure the runners were safe for the duration of the race.

Thank you for reading this blog entry. As always feel free to email me any questions or comments you may have.